“Universal basic income (UBI), also called unconditional basic income, (...) is a theoretical governmental public program for a periodic payment delivered to all citizens of a given population without a means test or work requirement. A basic income can be implemented nationally, regionally, or locally. If the level is sufficient to meet a person's basic needs (i.e., at or above the poverty line) it is sometimes called a full basic income; if it is less than that amount, it may be called a partial basic income.” Wikipedia

Corrency is a tool and service designed primarily to help citizens, businesses and local economies affected by the effects of the economic crisis caused by the Covid-19 pandemic.

Corrency creates a so-called “drone money” from the national currency, which is a metaphorical name for targeting financial support that the issuer (e.g. state, city, corporation) provides as a subsidy to its citizens in the form of either a one-time or regular recurring benefit.

Corrency has many forms of use, with the aim of not replacing the national currency as the general equivalent of exchange, but of giving economists and politicians a tool suitable for effectively reducing the time of economic depression in various economic areas described in the “case study section”.

UBI is a theory of the social security system and has been tested worldwide for many years. UBI is of interest to philosophers, economists, politicians, and above all to citizens, and is gaining in importance. There is already an ongoing discussion about taxing the work of robots and algorithms that replace human labour across all areas and cause unemployment.

Just as technology for mobile phones and electromobility is evolving, so is UBI’s theory, and Corrency is the example; Corrency can implement “UBI version 1.0” into a real and widespread project – caused by the effects of the pandemic.

The main reason for UBI not being yet widely implemented (with exceptions, for example, in Alaska) lies in its main idea:

“Would citizens who receive a considerable amount of money each month have the motivation to still generate more income?”

There are, of course, many other questions, such as how will UBI affect the structure of demand, inflation, economic performance, the competitiveness of economies, democratic establishment, etc. UBI will evolve and change depending on other phenomena in society – the issue is so complex that it is necessary to try it.

Corrency is an ideal tool for eliminating the negative aspects of UBI and highlighting those aspects for which UBI is gaining political interest:

The above makes it clear that UBI has characteristics that the standard currency does not meet as a universal exchange equivalent, but the corrent, as “drone money”, meets these requirements.

Utilising the corrent, which will regularly travel to the electronic wallet of each citizen, it is possible to motivate the citizen to spend these corrents within a given time limit, in a defined amount of co-participation for commodities and services that do not violate the UBI Code.

This will give us an efficient monetary subsystem to stimulate both citizens and the economy.

“UBI version 1.0 of Corrency would create a positive stimulus for citizens and for the economy and creativity.” 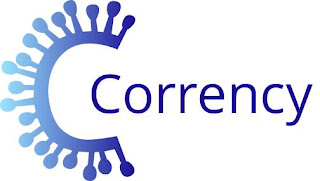